Free Shipping Across India! Pay online get 5% discount. MyReward - Earn 1 point for every single rupee you spent. Redeem it during checkout 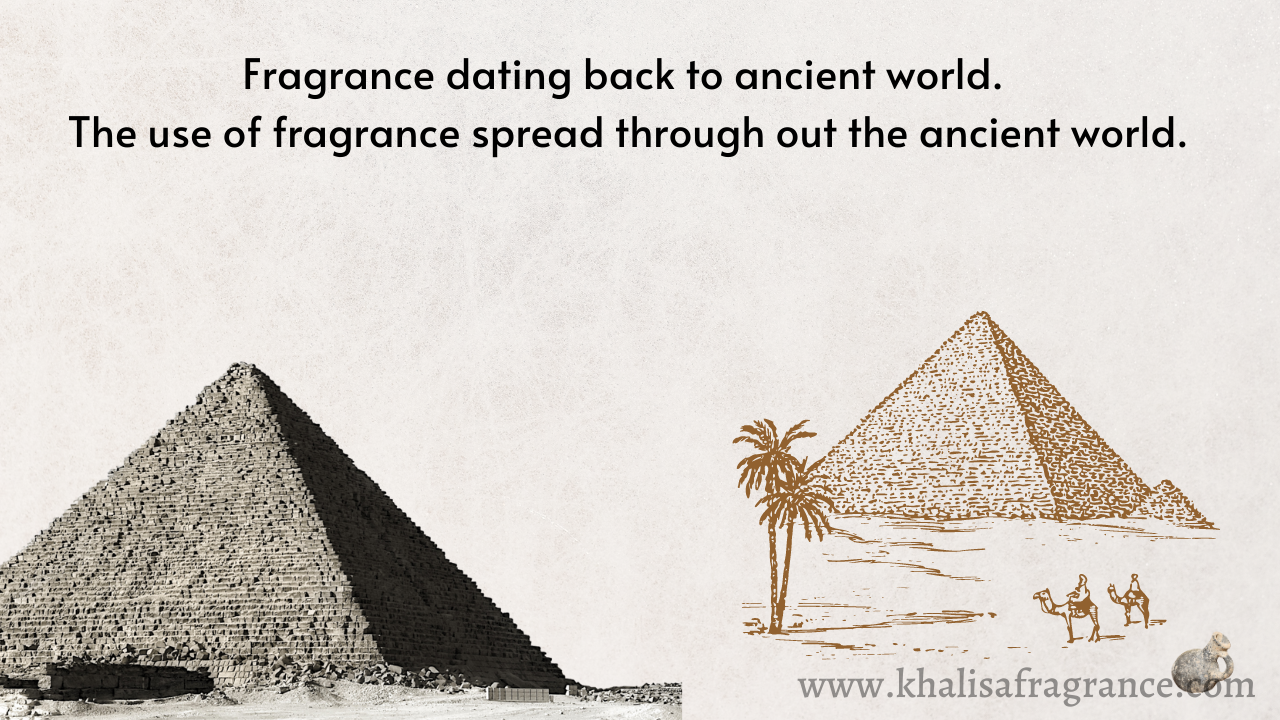 Perfumes and fragrances can be traced to multiple ancient cultures, most notably to the ancient Egyptian civilization. In fact, Egyptians associated their perfumes with the gods: The fragrances were considered to be the sweat of the sun god, Ra. Given the influences of ancient Egypt on the ancient Roman and Greek civilizations, the use of scents spread throughout the ancient world. Other ancient cultures, such as ancient Iranians and the ancient Chinese, also prized fragrances, though the Chinese used scent in the form of incense instead of perfumes to be worn.

Appearance was extremely important to ancient Egyptians and so was perfume and body fragrance. How someone smelled designed social, political and religious meaning. Egyptians have a long history of varied and exotic perfumes that determined one’s class and defined certain periods of Egyptian history. Not only this, perfumes also demonstrated the presence of various gods.

The word perfume originates from the Latin word perfumare, which literally means ‘to smoke through’.

The earliest discovered use of perfume was by the early Egyptians. The Egyptians predominantly ruled between circa 3000 BC to 1000 BC where perfumes and incenses were used in religious ceremonies.

The Egyptians, early Arabs and Greeks all originally created perfume by burning incense and herbs such as frankincense and myrrh for religious purposes. As time moved on, exotic herbs and spices would be ground up and mixed with oils to create the first early perfume that people could wear as a fragrance.

2 replies on “Fragrance in Ancient World”

What we talk: We talk about Attars that are tradition since ancient world, that are genuine, that ar…